Which museum is fun for the whole family? What does the concert agenda look like, where can you enjoy brunch and which hotspots do you really have to see? In this city full of idyllic courtyards, museums, monuments, shops, canals, restaurants, parks, you can go in all directions!

Whether you’re ready for relaxation or exertion: there is always something to do in Zoetermeer. Discover the extensive range of shops, visit the local catering industry or indulge in sports. There is a surprisingly diverse range of culture, music and events. And did you know that hardly any city in the Netherlands has as many opportunities to relax in a green environment as Zoetermeer?

Welcome to the city by the sea. In The Hague, experience a combination between the rich cultural offer, culinary enjoyment and nature. Clear your head during a lovely beach walk or bike ride through the dunes. See iconic masterpieces in one of our many museums, such as the Kunst museum Den Haag and the Mauritshuis. Shop in the historic centre, enjoy fresh fish to haute cuisine and discover the pearls of the city by the sea! Experience it in a sea of space.

Experience the Bulb Region! Would you like to know what there is to do in Noordwijk and in the other villages of the Bollenstreek? View the agenda full of great sightseeing tips, trips, markets, festivals, sights, walks, bike rides, shopping Sundays and other fun outings.

Lemon bike is a young bike rental company that does things differently. With extra services such as delivery and collection, free route map and bicycle bag. They distinguish themselves with a social mission for people with a physical or mental disability. We have a wide range of special, adapted bicycles for this. Free to use for people from the region and to rent for visitors from further afield but at very low prices. They will continue to renew and expand this range with the rental income. At the reception in our hotel we have bicycles from lemon bike or we can reserve them via lemon bike

Poppodium farm is a pop venue located in Zoetermeer, where music lovers from home and abroad come together to enjoy world-famous musicians in an intimate setting. In combination with a ticket for the pop stage, you can book an overnight stay with breakfast for a special price.

The luxurious Azzurro Beauty is located in the lee of the dunes of Noordwijk aan Zee. Here you will find everything in the field of beauty and relaxation. We offer a wide choice of treatments; facial and body treatments, pedicure, manicure and many extras. 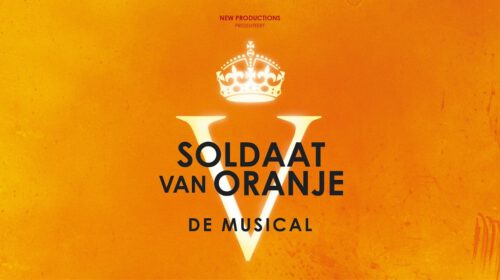 The Musical is based on the true story of one of our greatest resistance fighters: Erik Hazelhoff Roelfzema. When the Germans invade the Netherlands in 1940, student Erik Hazelhoff Roelfzema from Leiden and his friends have a carefree student life. The then about 23-year-old boys realize like a bolt from the blue that nothing is the same anymore. Friendship and love are no longer self-evident. The war turns everything upside down, all relationships are on edge. Everyone has to make his own choices…: Will you fight for Freedom, People, and Country? Are you going to bury your head in the sand and continue your studies? Or do you purposefully choose to fight the enemy? At the beginning of the war Erik escapes to England from where he smuggles transmitting equipment to the Netherlands and is involved as a pilot in bombing raids on Germany. He becomes the adjutant of Queen Wilhelmina and for his resistance work already during the war receives the Military William Order, the highest royal decoration. Soldier of Orange – The Musical premiered on October 30, 2010 in a theater created for this performance. The audience experiences the show, with now more than 3.1 million visitors, in a 360 degree rotating theater and is thus drawn into the true story. As of December 31, 2013, Soldier of Orange – The Musical is the longest-running show in Dutch theater history and on November 27, 2015, the production also set the latest theater record to be broken, the most visitors ever!

Sign up for our newsletter and stay up to date around the best news from Two Brothers Hotels.